There have been some mixed views when it comes to investing in Indian domain names. For some, it has been very lucrative but for other speculators its so far been quite frustrating. Like with the introduction of any new extensions, too many people jumped in head first when .in (India’s top level domain extension) was first released. Those who put some thought into it and had a plan – have already seen good returns. Those who followed the hype without research have been left with a sour taste.

The .in Extension Hasn’t Matured Just Yet!

The .in is a fairly new extension and that is something a lot of people forget. What is now a third-level tld; the .co.in was India’s mainstream extension for some time.

The .in extension was introduced as somewhat a “vanity” domain extension. Speculators were unsure whether it would ever catch-on because of the .co.in already being in use before .in was released. Besides, for many years people in India had always preferred the gTld’s (top level domains – .com / .net / .org) over their own country codes.

Some of the initial doubts were quickly banished – especially when the .in Registry launched a promotion where people were able to register Indian domains for around $3 – $4 each! Millions of .in domain names were registered and toward the end of the promotion we even saw the LLL.in buyout.

Less Doubters, More Investors… But Not Exactly a Good Thing Yet!

The liberalization of registration rules in 2005 led to a drastic increase in .in domain registrations. People soon realized that the .in extension presented a great opportunity for local and international companies wanting to represent their business in India. It wasn’t long before some big name companies started launching their websites on the .in extension – albeit they still had their presence on the .co.in extension too.

Sales throughout the first years were quite rare, most of it was being done amongst domainers for small profits.

The Importance of Planning & Research

Those who invested in the extension with a solid plan – ie. registering only quality names / keywords / popular search terms and with the intention (or at least expectation) to hold the domains for a few years, maybe 3-4 at least – weren’t worried.  In fact I don’t think it bothered them too much that now there was so much negative hype… because they knew this wasn’t going to be a get-rich-quick kind of thing. It hardly ever is! The wise investors were in it for the long run. They knew they had to be patient… they’d done their planning and researcing.

The worry and negative views came mainly from those who invested heavily without a plan, without researching the market, without — and this was the most important fact — without taking into account, that the names they registered for $3-$4 each will cost $14+ to renew in the coming year. I believe this was the downfall for many domainers. Especially when they didn’t realize in time what was ahead.

A bit of Luck…

I have to admit, I was quite lucky. I wasn’t one of those who had a solid plan, nor did I realize that the $3-$4 price was actually a promotion and not going to be around the following year! However, I didn’t start taking notice of the .in domains until late towards the end of the promotion period. By then most of the good names had already been taken – even out of the 3 letter domains, only the poor quality letters had remained. This was good for me, because it stopped me from pouring too much money into the extension at this stage.

Saying that, I still ended up with about 80+ LLL.in domains. Really poor ones at that!

As soon as the promo had ended and the buyout had occurred, it struck me! I had some liabilities on my hands. These little domains needed to be shifted at the right time otherwise I’d be left with a big renewal fee come 2009 – and so it began… my plan.

There’s Money to be Made in Indian Domains… but…

I knew that there was money to be made on .in domain names. Come on! if you think about the size of the Indian population, take into consideration the rate of growth, economic stability and availability of internet and broadband – its a developing country, developing very fast!… sooner or later… these domains will be needed by the upcoming companies. It’s just a matter of time.

I only had a handful on keyword .in domains – names like www.Steroid.in – and LoveStory.in / LoveSongs.in – nothing amazing, but still some decent names. Names which I’d decided I would hold for at least 3-4 years.

But at the same time, I had a strong feeling that the three letter .in buyout would not hold come 2009. Those who didn’t think about it would realize (when it was too late) that they wouldn’t be able to afford the $14 renewal fees on each of the names. I knew this would affect the market in general because there were too many investors who jumped in because of the hype and the low reg fees during promotion.

Analyzing the Markets and other Domainers

I’d come across at least 4-5 people (none from India by the way) who had registered thousands of  three letter Indian (.in) domains. What this told me was that thousands of these domains will likely end up expiring because these people didn’t have the funds to renew them. UNLESS – they were wise enough to sell parts of their portfolio in time to make a profit, enough profits to renew the better quality names.

I kept an eye on these people with large portfolios, I’m sure a lot of the investors had also been doing the same. In my view, they controlled the LLL.in market – maybe without even realizing it. What they did (or didn’t do) would decide for me and for many others on what course of action to take with our own small portfolios. If they didn’t sell their domains at the right time (I’ll get to that later) then it could prove to be costly for them. They’d be faced with renewing thousands of names that weren’t exactly the cream of the crop. And I assumed if the time had passed then they’d most likely end up dropping large quantities of their portfolio.

So my plan was to carefully monitor what other people were doing. At the same time I kept a close eye on the markets to see how much 3L .in’s were going for. Within a few months the base price had jumped to around $10-$12 even for the lowest quality LLL.in domains.

Time to Sell the LLL.in

This was it, I made the decision to sell as many as I could. I knew that once 6-7 months had passed on each domain, the prices would start to drop. I’d assumed the peak pricing period would be around June-July when most of the names from the buyout’s backend were nearing their 6-7 month lifeline. So I sold about 30 domains and had a decent profit – around 150% ROI on most of my 3 letter .in domains.

I kept the better quality ones for a little while longer to see how the market pans out. Around August/September 2008 it started to head downwards as I expected. So I began to sell off some more. If I’d left it any longer then I knew that the less time remaining on registration for each name, the less people would want to pay for them.

During the last few months of 2008, I also started to pick up some premium LLL.in domains and keywords. Like I said before, I have a feeling the better names will do well in a couple of years time.

A little bit More of that Luck

I was lucky enough to make a couple of decent sales via Sedo. Most notably, a 3 Letter .in – a semi-premium name which I’d bought for $30 ended up selling for $900 and a few more sold for $300-$400 each (which I’d picked up for $10 or less). This meant I had enough funds to renew my remaining names and at the same time invest in a few more premium names. By now, the keyword domains started getting some type-in traffic too – and they were making enough from parking to fund their own renewals.

Just as I’d predicted, the holders of large .in domain portfolios failed to sell at the right time and ended up dropping thousands of names – many of which are double premiums. This has left a lot of people in bad situations because they’d also kept their investments and hadn’t planned in advance. Those who renewed their low quality names will most likely regret doing so, especially in the short term; because better names are dropping each day. This will likely continue for a few more weeks.

A double premium which was worth $30-$40 a few months ago is now worth little more than reg-fee at best. Especially with the re-introduction of the Indian domain registration promotion ($4 at name.com). The good thing is that the promotion will help a lot of the dropped LLL.in domains to be registered again…  and no doubt this will in turn bring the prices back up pretty soon.

Although I was lucky with a few sales, I still think the fact that I had researched the market and had a plan helped me to become stronger in this niche. I’ve taken advice from others with more experience (Jagusa / MediaWiz etc. from NamePros.com) and also followed what was going on in the aftermarkets.

I had done enough to position myself well and take the right actions at the right time. I sold at the peak and re-invested when the prices went down. In fact this is probably the best time to invest. The financial situation around the world is at a low, the LLL.in buyout failed after those big drops and people are quite strapped for cash… perfect ingredients to invest if you have the funds (just remember to do some research and go in with a plan).

Investing for a Brighter Future

I’ve recently bought a dozen or more all premium three letter indian domains for around $60-$80 each. Names which I know will sell in a years time for $200 each. Not that I’m planning on selling them so quickly. My plan now is to invest in a few more and hold them for a few years. I don’t think I’ll sell any of my all premium domains unless its to end-users. I’m happy to wait for offers of $1000 + on each name. Going by occasional sales and increasing interest in Indian domains, I don’t think that it’s going to be a long time before my names get to that 1k mark.

You can see a few recent sales on the InForum.in Blog – Click here… again, nothing amazing.. .but it shows names going to end-users which means more sites will spring up. Its a positive sign.

What about YOU? Tell me your story…

That was quite an essay huh?!

So that’s me and my views, what about you and yours? I’d love to hear from other .in investors. How have you found the market? What are your views on investing in Indian domains? Whats your plan? Share it by leaving a comment below. 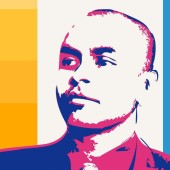 My name is Shay and I'm from London, UK. I specialise in Experience Design. 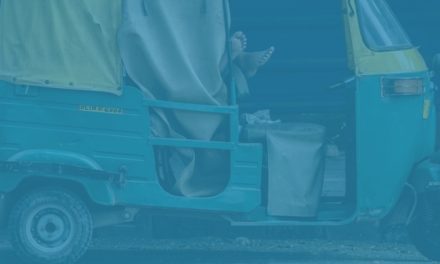